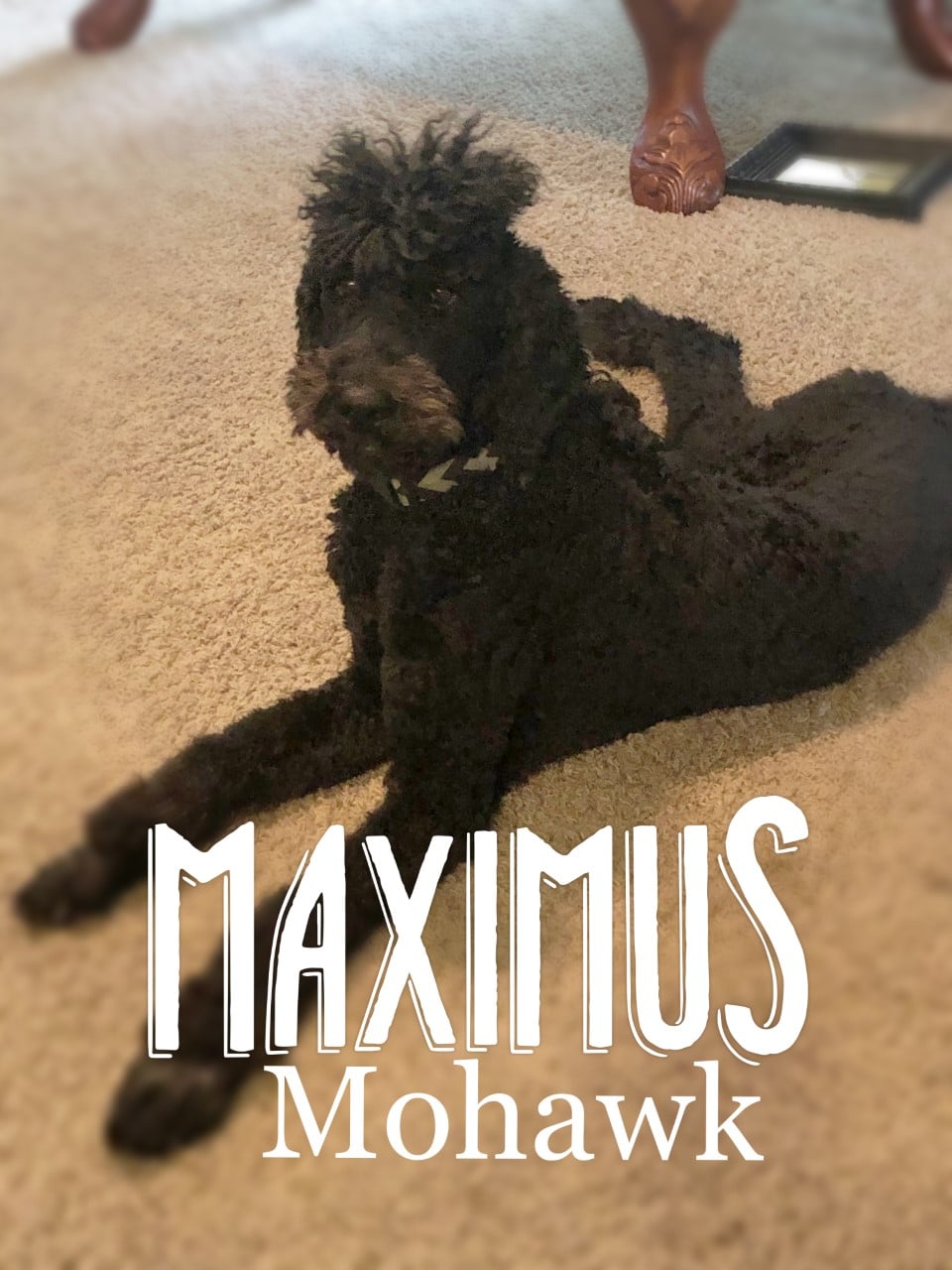 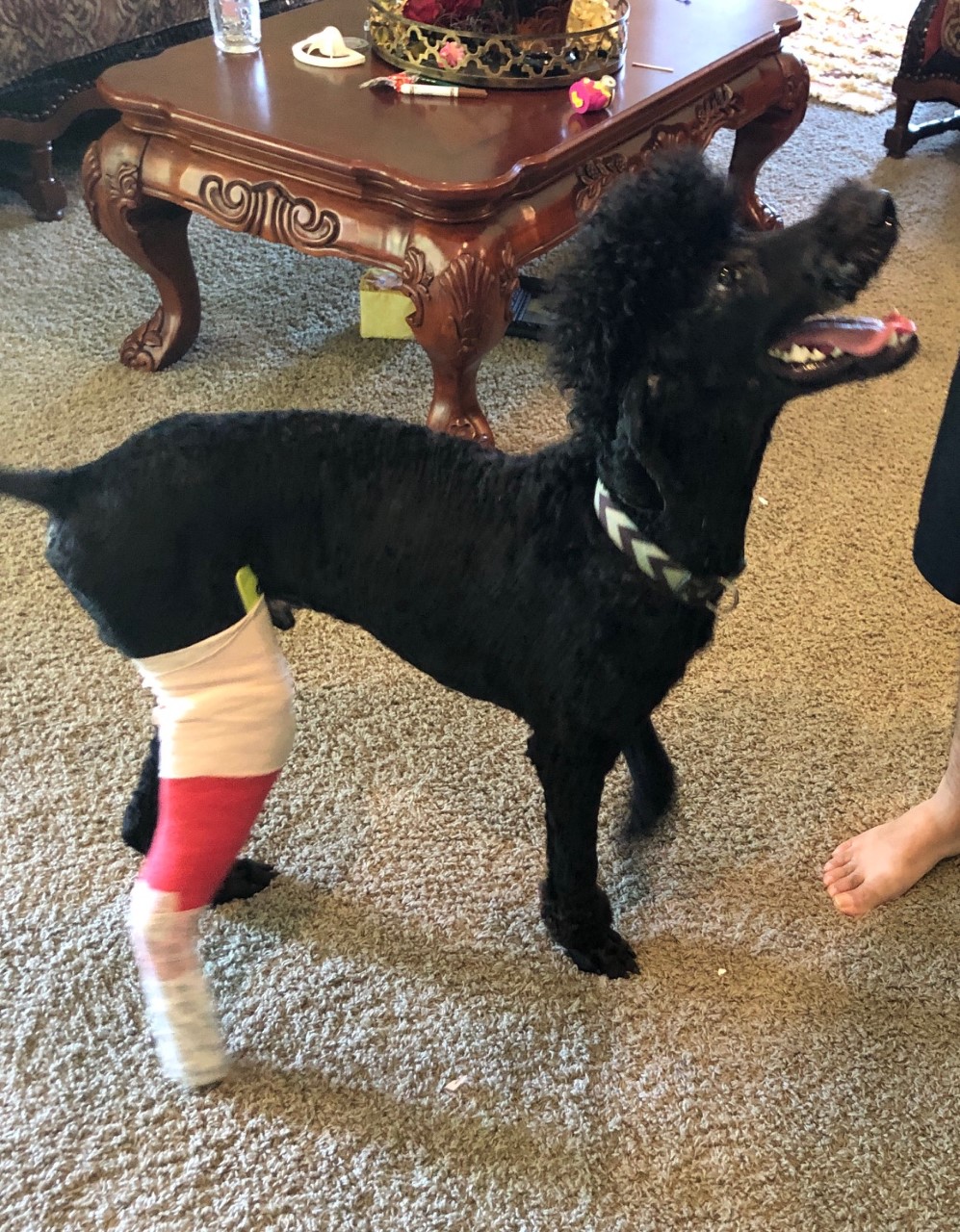 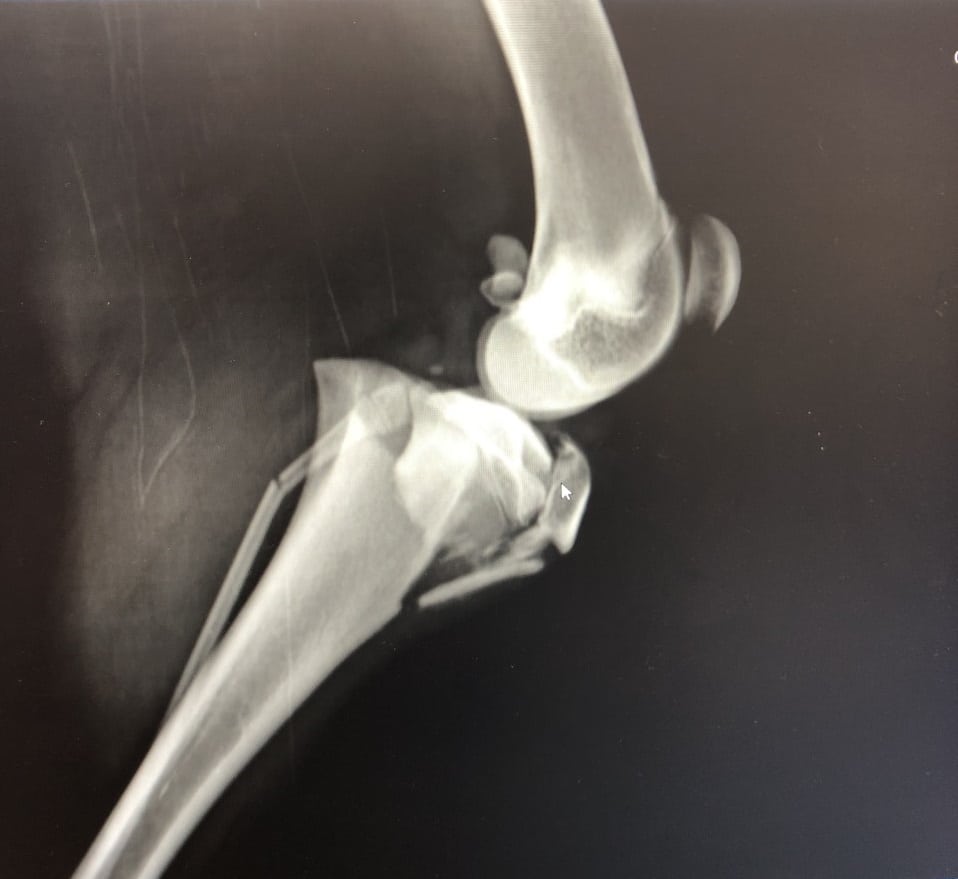 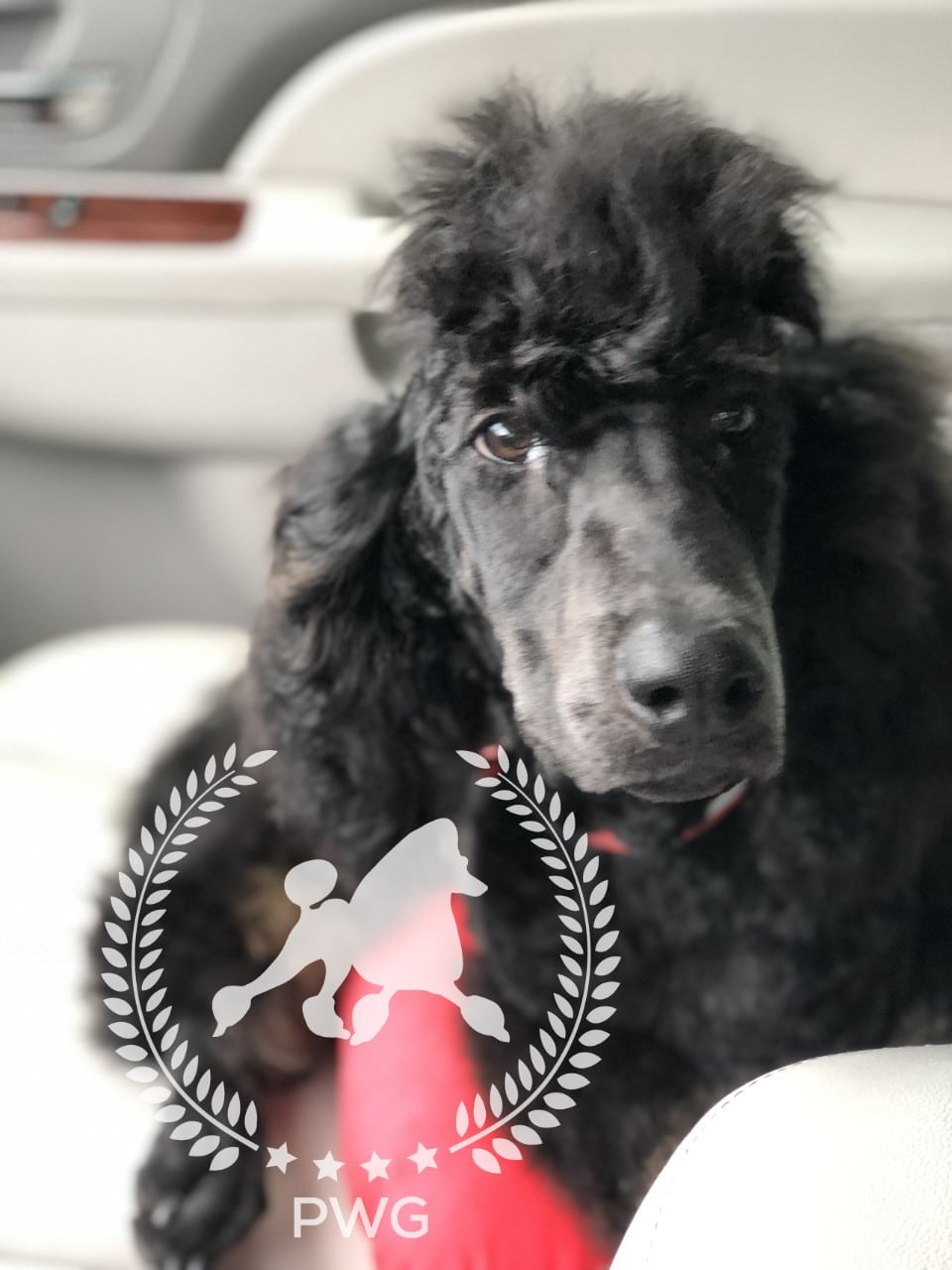 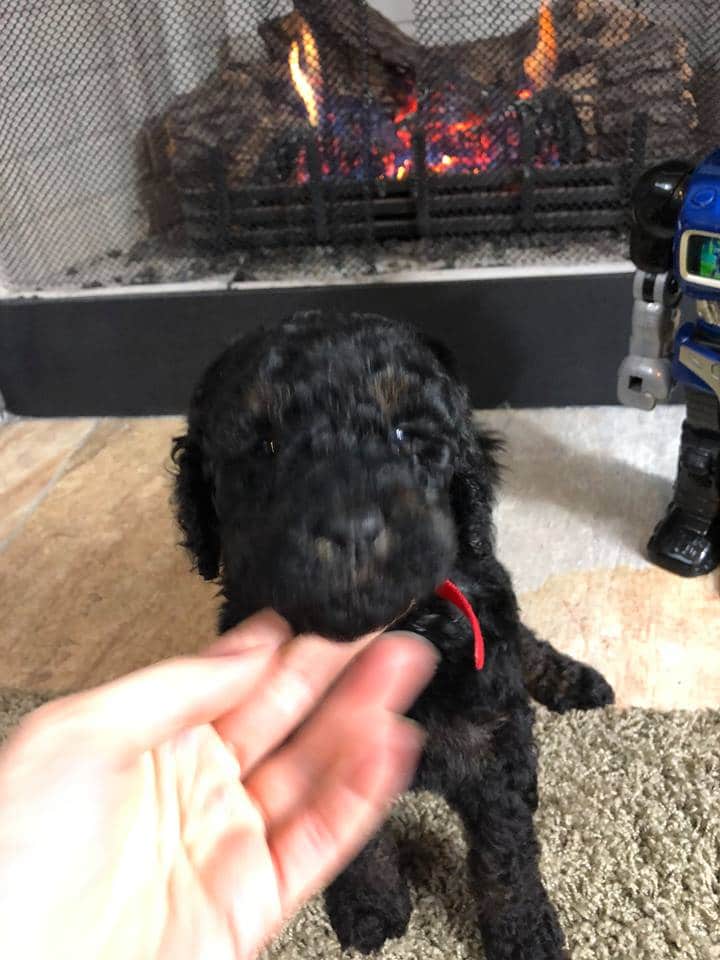 Max is a smart, faint marked phantom, AKC standard poodle. He has the biggest heart and no one can deny his extraordinary personality. He makes mistakes, mistakes that could be completely avoided, but he handles them with such grace and learns from them quickly.

He has had his declaws removed, tail docked long, up to date on vaccinations and wormed age appropriately. On 9/26/2019 Max was taken to Wewoka Animal Hospital and diagnosed with a broken Tibial Crest (*See picture). He has recovered well and shows no signs of his injury. He is available to a home who is aware of his physical needs.

He has been fully Health tested through Optimal Selection and cleared. He has been color and trait tested as well. He is lash broke, crate trained, and 3/4 house-trained when I had to put him outside due to my female coming into season. Maximus Adult weight is expected to be around 50+. Please note some poodle do not reach fully adult maturity until 2 year of age.

Sire is Omaha’s Treasure Island In Brown (George). He is a brown AKC standard male standing at 27″ and weighing 70-75 lbs. George is a Nation and International Champion and is working on his UKC championship.

Dam is Omaha’s Teel Ebony Cupcake. She is a black AKC standard female standing at 24″ and weighing 40-45lbs. Ebony comes from multi generation championship bloodline in the Nation, International, and UKC ring.